Over the years, my friend Nathan Tierney and I have had a long interchange on a number of issues.  He’s frequently tempted me, with great finesse, to reconsider my initial intuitions. So now that my current project on spiritual autonomy has nudged me towards a compatibilist position on the question of freewill, Nathan once again has pointed out some angles worth considering:

“The main problem that libertarians have with compatibilists is that it is simply hard determinism in disguise, and is also incompatible with a Christianity for which free will is central.”

Both these points are worth engaging in a serious way, though philosophers these days typically ignore the second. But that’s where I’d like to start.

Perhaps we can begin by addressing an important historical point – which is that the Christian tradition itself is not consistent on this question of determinism and moral responsibility.  The Reformed tradition in particular, from Calvin through Schleiermacher and into the present, has typically (though not uniformly) affirmed the determinist position, owing partly to their notion of original sin, partly to their ideas about God’s sovereignty, and partly to their beliefs on salvation through atonement.  If we scrub off the theological casing here, we can recognize the current philosophical issues, as when Calvin insists that “man sins with necessity, but without compulsion” (Inst. 2.3.5) and when his disciple Gordon H. Clark regards atonement as made necessary by man’s responsibility for sin – which implies, crucially, the aptness of reward and punishment (http://www.trinityfoundation.org/journal.php?id=75 Right click to view).The locus of responsibility is said to reside in a person’s volitional character, as the proximate cause of an action — just as any jury will likely decide that if the firing of the murder weapon was caused by the intention of the gunman, and if that intention was consistent with his settled character, then there will be no acquittal, regardless of whether he had “free will” or not.

I’m certainly not suggesting that the strict Calvinist picture is the only portrayal of the Christian life.  But even the Arminian position has taken a similar view on forensic atonement.  So since we both find a Christian position appealing,  perhaps a bit more detail on that might be helpful to frame our discussion. 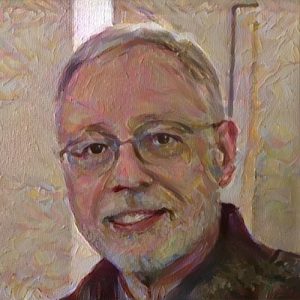